A look into ERPNext deployment architecture

High Availability refers to achieving the following goals in your setup

The load balancer distributes incoming HTTP requests among application server and the service isn't disrupted in case of a node failure. This makes the service "horizontally" scalable in terms of compute load. If you have only one of these, it's a single point of failure.

Normally, you'd have more than one of Load balancers and they themselves loadbalanced via DNS (which is distributed in true sense). If you have the budget, time and expertise, you can also have the multiple loadbalancers setup via a heartbeat like system.

Application servers process incoming HTTP requests. They query databases/cache if required but do not maintain any state. As long as one of these is up, the service isn't down.

ERPNext also depends on Memcached for caching and Redis as a broker for background task workers.

Failure of a Redis server would cause scheduled and backround tasks of the service to go down. It's possible to setup multiple redis servers in master-slave fashion and software exists to perform automatic failovers (http://redis.io/topics/sentinel).

The Database cluster consists of multiple nodes and exposes itself as transparent database service to the application servers.

This enables multi node failure and ensures "availability" and "no data loss" in case of a node failure. This however, increases the complexity of your setup.

Setting up a cluster with automatic fail over requires setup of complex monitoring and cluster management software (such as Galera from MariaDB or Percona Cluster Manager). They typical run in multi master and a few read slaves setup. We do not have experience in running this stack in production.

Also, having automatic failover configured is risky. If something goes wrong when your sysadmin is away, data inconsistency/loss or availability issues might occur. This happens to the best in the industry too, https://github.com/blog/1261-github-availability-this-week.

What we offer is the (simple) setup below. Although single server setup acts like a single point of failure, chances of complexities during failover are less.

Hi, I want to transfer live server's public and private folders and database to testing server periodically in ERPNext using rsync. Any help regarding this.

We have sell some products of different custom boxes.it is very useful and very low price please visits this site thanks and please share this post with your friends.

This is such a great resource that you are providing and you give it away for free. I love seeing blog that understand the value of providing a quality resource for free.

It is a very interesting topic. I think that when you read informative blog you gain new knowledge and it develops our mind.

Hello There. I found your blog using msn. This is an extremely well written article. I will be sure to bookmark it and return to read more of your useful information. Thanks for the post. I’ll certainly comeback.

these are best hacks to understand 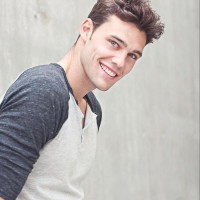 High availability has been made for the good purposes and to achieve the important goals. If it still works after the failure of nodes then this high availability database will be beneficial for the companies that have large data.