We have gone through the transitioning from Opentaps (OT) to the ERPNext (EN) and worked on the Opentaps framework for a considerable time and have a deployment experience with one of our customers. Whatever mentioned in this post is my personal opinion. I have tremendous respect for any open source projects out there on the web - big or small. In no way, I want to criticise anything / anyone. I really appreciate someone who is putting resources without expecting a payback.

Opentaps repo was forked out of Ofbiz. Ofbiz is an Apache Foundation sourced ERP Project and an application development framework. I must confess, I am a big fan of the application + team. Both are fab.

To begin with, I have migrated my resources and focus to ERPNext from Opentaps based on the following comparison points where we as a group of developers struggled. I am not a programmer myself but a technical person with decent experience.

Opentaps: The deployment in Opentaps is not straight forward and requires a technical person and time. Setting up of an environment, variables and memory settings is crucial. I rarely see a newbie (non-technical) trying the application. The advantage? - It works on any platform. The application setup becomes tricky at the DB configuration if you are using external databases. You need to get into the habit of checking the access and error logs to see through the issues. You feel proud of yourself for being technical while your not-so-experienced team member looks at you in awe. The application setup is easy (as compared to Ofbiz) but the learning curve is steep especially with the concepts such as Seed data, sample data, config files, etc. There are about 13000 odd files in the installation

ERPNext: The deployment is straight. You can set it up in minutes for trial and will take little longer for the production deployment. The database is not widely known among non-techies, but its being used by Big Daddies like Google, Wikipedia. The downside - it is available on Linux only. But the virtualisation technology makes the thing straight for anyone - just deploy a VirtualBox with any linux (I tried Ubuntu) and the ERPNext is up and running in an hour or so. The application setup is installer based - you have about 5-6 install screens and you are done with the setup - so non-technical, you see an accountant installing the app like a pro!

Opentaps: OT gives data import tool (excel sheet) for importing data such as Customers, Suppliers, Products, Inventory, Ledger Transactions, etc. The sample excel sheet is good enough to begin with, but personally, I have come across some foolish error messages without any description. The worst part is - it does partial imports. So by mistake if you correct the same import file without deleting the earlier imported records, the program will re-import them for you. The system messages are minimal to keep you updated of the happening.

ERPNext: You can virtually import any record in the system. The import and export tool is creative. You export the existing tables to a CSV and fill in all the required data and the same file is ready for the import again. The import process stops and gives a descriptive pointer at the failure record and aborts the partial import. What is more? you can export the tables with the associated data and associated tables data, edit the record that needs to be amended and import the file again with the corrected data - the system makes the correction in the import process.

Opentaps: OT is based on the Ofbiz framework. It adds a UI layer and certain feature improvements with the help of Google GWT widgets. The widgets are powerful and come handy but are painful to add new ones and modify existing ones. The improved layer is available for 1. Sales, 2. Purchasing, 3. Warehouse, 4. Financials, but the application uses the Ofbiz default theme for rest of the modules such as Users (Party Manager), Products, Some HR functions, some Accounting settings, Assets, etc. So from user experience point of view, you play around with two different worlds. Also, the flow of steps to complete a transaction is not user friendly either. I have seen users looking clueless during the Sales / Purchase / Accounting transactions yelling at support for the help. The application help is useless. We know, being an open source project, it is the community which does all these things, but for a beginner, you need to have a basic, to-the-point user manual which explains the flow of events in an application. The learning curve is steep for anyone who begins to learn the application and gets tedious when you have to work with the Opentaps and Ofbiz UIs.

ERPNext: EN gives a unified experience. The UI is awesome with new controls, it adapts automatically to the device and the screen size - you use the application on a desktop, MAC, iPAD, cell phone, etc. with equal ease of use. All the application transactions are intuitive and logical in workflow. You know, the taste of pudding is in testing! go, test yourself.

Opentaps: Majorly OT covers Sales/CRM, Purchases, Warehouse/Manufacturing & Financials. Major drawback from user point of view for all the modules is lack of clarity on the functional aspect. One needs to spend a considerable time to understand the functions. Few things worth mentioning -

ERPNext: This is a complete product. Even the help manual is wonderfully explained. Following are the few shortcomings of the application

Opentaps: The latest Opentaps stable is based on Ofbiz 11 version (whereas Ofbiz is at 13 - stable). Opentaps gives Financials, Warehouse, Sales and Purchase modules in a new, GWT skin and rest of the modules such as User, HR, Accounting (config part), Products, etc. are offered in the Ofbiz default skin. As an open source application, Ofbiz offers a better product as compared to OT. There is an active community which keeps on developing the functions.

Customisation in OT is not a straight forward task. You deal with GWT, FTL, XML, FO.FTL, Groovy, JAVA, etc. for any customisation. Module / application development takes high level of expertise with the application, Java knowledge. Mixing of Ofbiz and OT layers, makes certain customisation tasks confusing even to an experienced developer.

ERPNext: Again, EN is a complete package. Application development with Frappe is breeze.

Taking variables from one form to another is straight forward and well documented. Customising reports is easy to understand and report templating is a novelty. Integration of new modules with existing ones is easy. We have found that most of the customer requirements are mapped with customisations which can be done from the front end only, without any technical knowledge.

Opentaps: The support forum is non-responsive. You are not certain whether the moderator will publish your queries or not. Again, if you compare this with Ofbiz, you have a better community response - both developer and user.

ERPNext: As mentioned earlier, the support team is fab. You expect response to your queries in few minutes, and I am talking about the free support. The only thing I’ve seen not supported by the support team is - they don’t write customisation code themselves for you. They will do everything else to make you achieve your task. The pull requests, incase you develop small functions are accepted with wide smile. The team is helpful and serves with smile.

OT is based on the strong application development theory (which is inherited from Ofbiz). It is highly skilful work , you need best of the breed developers to handle the development. It doesn’t come across as a complete, developed package. Even for the error handling - errors are thrown as exceptions on the screen, in most of the cases. Though, from technology stack, you are assured of the scalability and robustness of the product, it lacks highly on the user experience and simplicity.

EN is based on Python and MariaDB with loads of JS, the interface is easy and intuitive. Your energies are not spent in making small customisations to improve the user experience. Focusing on the business logic is easy and thats what we feel is the strong point of EN. Spend your resources in strong logic and get it done easily in the code.

Overall, ERPNext feels far better than any other ERPs available in the market. More than anything else, it is their support which makes all the difference. 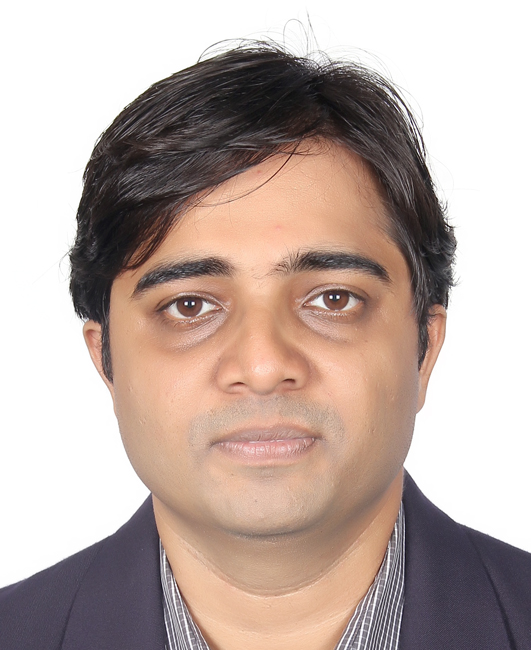 Sarang is a Vice President at Systematrix, an IT Consulting Firm in Mumbai and has extensive experience in the Open Source ERP domain.

Very informative without getting lost in the details.