A journey to the heart of Digital India

The government of India is working hard to digitise all services. My experiences from the 25th National E-Governance Conference.

Last week I was invited to the National E-Governance Conference in Jammu for delivering a talk on entrepreneurship. My bigger contributions have been in Free and Open Source software, so I had suggested that I speak on that instead and they had accepted. On my way flight from Mumbai to Jammu, I was seated next to a Kashmiri guy approximately my age with Hollywood star looks who was travelling to Srinagar. Tall and well built wearing a simple t-shirt and salt-and-pepper hair, it took me a moment to realise he is not an American. Kashmir is a cursed place that has been caught in the crossfire of two histories, I was curious to hear his views. “We are very confused people,” he told me, “and emotional too. Our age-old feuds never end”. He was in Kashmir after living in Boston for many years to be near his ailing father, and shared some of the pains of living in India. “I need 14 permissions to build a boundary wall, and when the patwari got changed, they asked me to re-apply. It would have been much easier if I had bribed someone”. This is what sums up what most people think of government services in India. Endless quagmire of bureaucracy and never ending applications and submissions.

Being an invited speaker, a car was there to receive me and drive me to approx 40 kms to Katra, the place of the conference. Katra, on the foot-hills of the Himalayas is the town from where the holy Vaishnao Devi yatra begins, and is now a major tourist centre with several hotels. I was greeted with a religious “Jai mata di” (salute to the goddess) at the hotel belonging to a major chain, immediately reminding me of the changing aspirations of the country. I replied with a simple “hello”, not willing to let go of my own cosmopolitan values so easily. Having had a delicious aloo parontha at a shabby looking roadside dhaba along the way (the shabbier the dhaba, the tastier the food), I spent the rest of the evening in my room, polishing and updating my presentation for the next day.

The conference was held at the Shri Mata Vaishno Devi University, a few kilometres from the hotel. At every kilometre or so on the way, there were soldiers stationed with automatic weapons. “It is for the minister’s security”, my driver told me with his trademark sardonic smile. As we reached the university gates, an irate looking official brusquely asked us about who we were. I was seated next to the driver instead of the backseat. I told him I had come as a delegate and he reluctantly let me in. It was a beautiful day with an incredible blue sky and lovely weather as I was dropped off at the registration counter. Everyone was wearing blazers and women were in elegant sarees. Even the students were very well dressed. I wore a simple shirt and a sweater and immediately felt like an outsider. Soon I walked into the venue where the talks were going on. My own talk was after lunch. 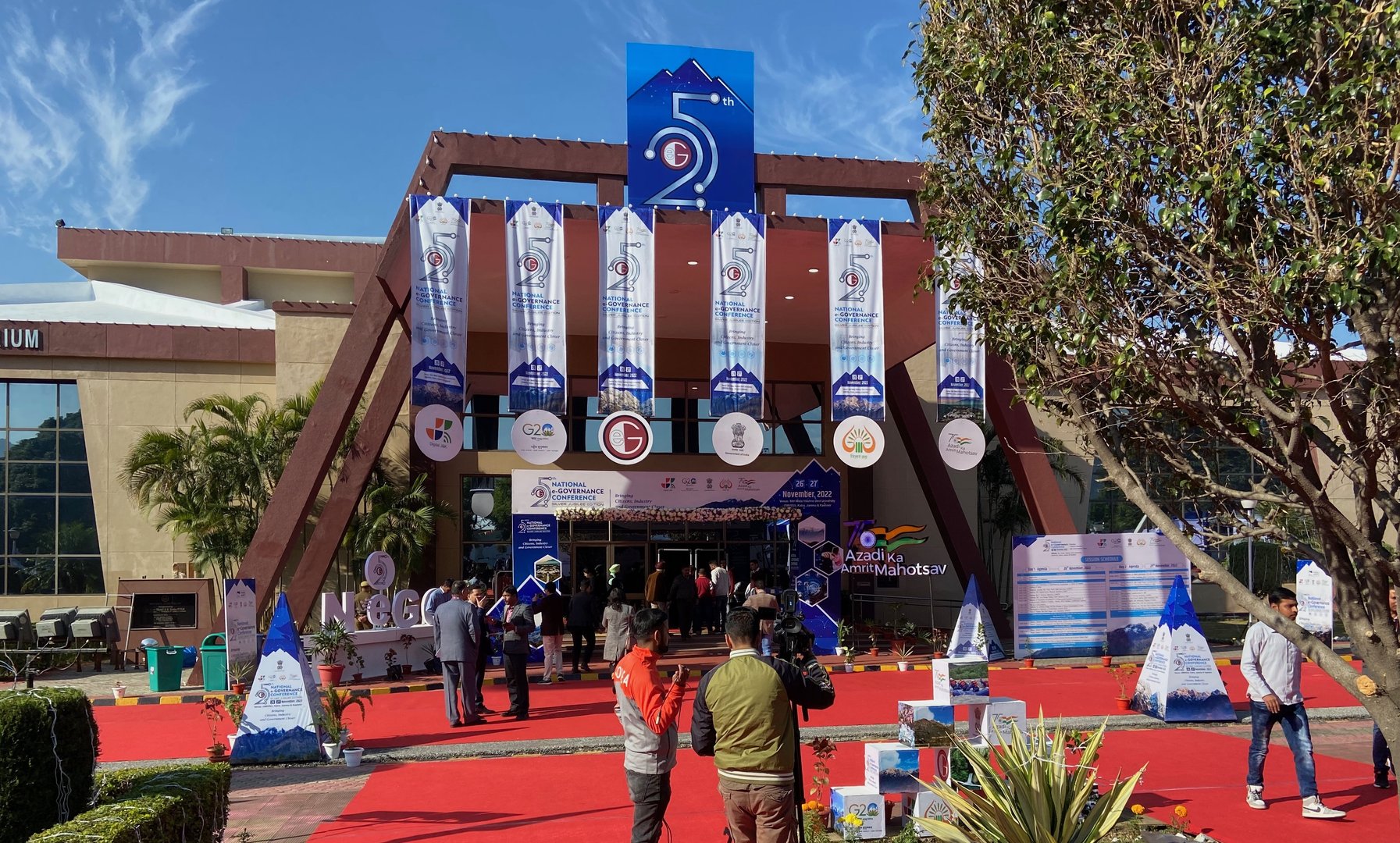 After an unreasonably long wait for the chief guest, the “inaugural session” went underway. The host of the event was talking in Doordarshan quality Hindi talking about e-governance and singing its virtues. The stage itself was covered with large LEDs and garlanded heavily in the national colours. There were professional grade video presentations as well. One by one, top bureaucrats came up and shared their achievements. Government was being digitised at a rapid speed and citizens were lapping it up. 200+ services have been taken online, the top bureaucrat of Jammu and Kashmir declared, “The patwari has been made redundant”. Another bureaucrat promised “100% coverage” of digital services at all levels of the government. Science fiction level proposals were being made, “how can we reduce road accidents with digital technology?”, “How can we make the lives of migrants easier?”, “Can we lower land prices?” - Technology, it seems, was the panacea of all the nation’s problems. No stone was to be left unturned, either in execution or messaging “We have 4 billion impressions on Twitter”, said one speaker of the efforts to reach out citizens on any platform.

After the inaugural talks, it was the time for the minister to speak. The minister stood up with purpose and stormed towards the lectern. 26th of November was Constitution Day and we all stood up to recite the preamble. The minister put up his right hand and thundered “We the people of India…”. The hall was packed while the minister spoke. He was speaking without a script and rattling off statistics and achievements of his government. “The government must be a facilitator, not an oppressor” he declared. The motto of “maximum governance, minimum government” was to be taken seriously. He promised drones and facial recognition and AI (thankfully no blockchain) will solve problems of the poor and the infirm. With the image of prime minister Modi hovering over on the big screen, there seemed no doubt that the Amrit Kaal (golden age) was within grasp. The speech started with a lot of promise but then it became long and rambling. After this the award ceremony was conducted where 20 teams from across the country were given awards for making everything from mining records to panchayat records online. Then we proceed toward the lavish lunch. 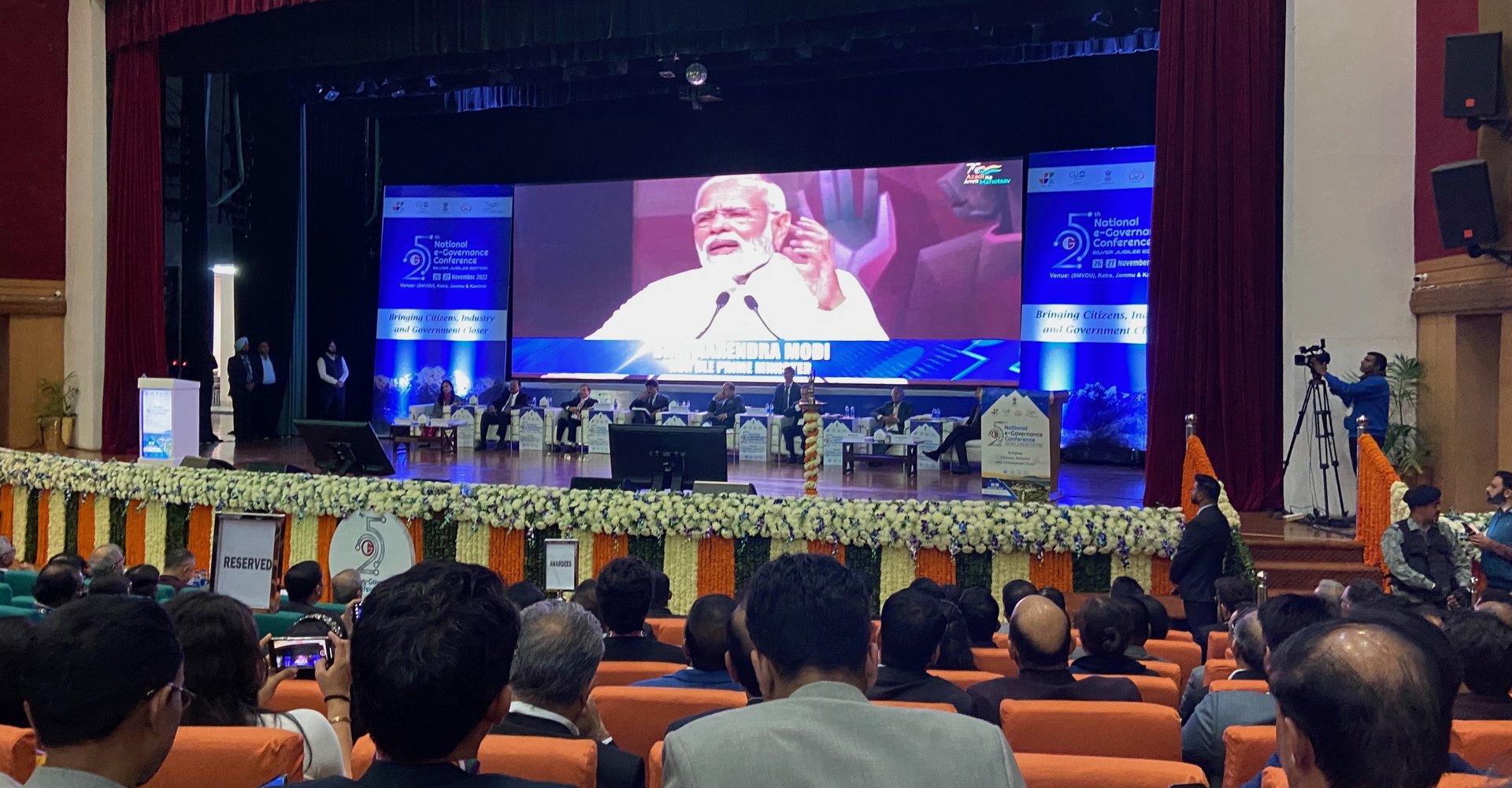 Since my talk was after lunch, I jumped out early and grabbed my lunch. I sat on a table with some of the university professors. “Are you from the IIT?” one of the professors asked me. On hearing that I wasn’t, he said, “They are a waste of national resources. Just see how much money the government spends on the IITs, there is no funds left for any other university”. We talked about e-learning and how software engineers these days learn anything they want from YouTube. “The government should run something like YouTube instead of wasting money on their e-learning platforms” the professor said, “There is already one”, I pointed out. So much money is spent in replicating things that already exist.

After an extended lunch break, my talk started an hour later than it was scheduled. The hall was mostly empty, this was a good and bad thing. I was put in a panel with a bunch of entrepreneurs who worked with the government. My talk went well. I talked about how free and open source software (FOSS) was behind most of the assets that the government was building and shared a few tips about how to design software projects. As more and more of the software we use today comes in the form of services, I presented some thoughts on open standards and open networks being the way forward for them. While the government may be basking in the glow of successful projects like the national ID, tax collection, vaccine registration, most of the low-hanging fruit was already gone, I told the small audience. The next generation of problems like healthcare and education would be better fixed by open networks rather than large central platforms.

In the hotel, I had dinner with a very enlightened bureaucrat He talked about his years in service and I could immediately feel his energy and sense of duty. I shared my story with him as well and we had a lovely chat. Our blind faith towards a singular development model is high on my mind. By expanding the “formal” economy, are we creating more displacement than we are solving? The number of poor people continues to be stubbornly high in India in spite of massive strides. We talked about Thoreau’s Civil Disobedience and Gandhi’s Hind Swaraj as an alternate model. From the point of view of the bureaucrat, that train had long departed. Right now there was a single minded focus on expanding government services and the formal economy.

Being a part of technology communities that are wary of any centralisation of power (either government or big tech) and the increasing ability of the state to target citizens and repress dissent, I found it hard to reconcile this view with what I was hearing from a bureaucrat. From their point of view, it made perfect sense to go for “100% coverage” of digital services. All the evidence shows tremendous benefits. We can worry about the costs later. I had nothing to argue against with.

Having seen what I wanted, I did not feel like going back to the conference. The minister had exhorted us to go visit the world’s highest railway bridge being built in Jammu and I decided to take his advice. The Himalays were close by and a ride through the mountains seemed very enticing. I told my driver to take me to the hills and we had a wonderful ride. The Himalayas are beautiful, vast and silent. Through large and deep valleys we drove along steep cliffs towards the bridge. I had to be back to Jammu for my return trip as well, so we could not reach the base of the bridge, but I did get a nice view. The ride was memorable and refreshing.

I came back with a deep appreciation of how vast and complex the government is. India has more than 240,000 village level bodies and I reckon, there may be close to 500,000 government / semi-government entities all over India including schools, colleges and healthcare units. The government ecosystem runs deep and wide on top of Indian society and there is no way the left hand knows what the right is doing. There are a million gods in India and 10 million government servants (the central government itself employs 5 million people). I saw that there was a lot of motivation and nationalistic fervour in the officers who were entrusted with these powerful jobs and they were doing the best they could do given the model of development. The conference itself was very well organised. “The event manager was paid 3cr”, one person told me. While we talked about AI and drones, dining the best food in the finery, we conveniently forgot that half of urban India lives in slums. The event had a celebratory atmosphere and a socialising opportunity for bureaucrats. Once the minister left, the sessions were mostly empty. Beyond the shine and bluster, I could sense a hollowing out of governance as well.

The numbers look good, but do they always tell the truth? 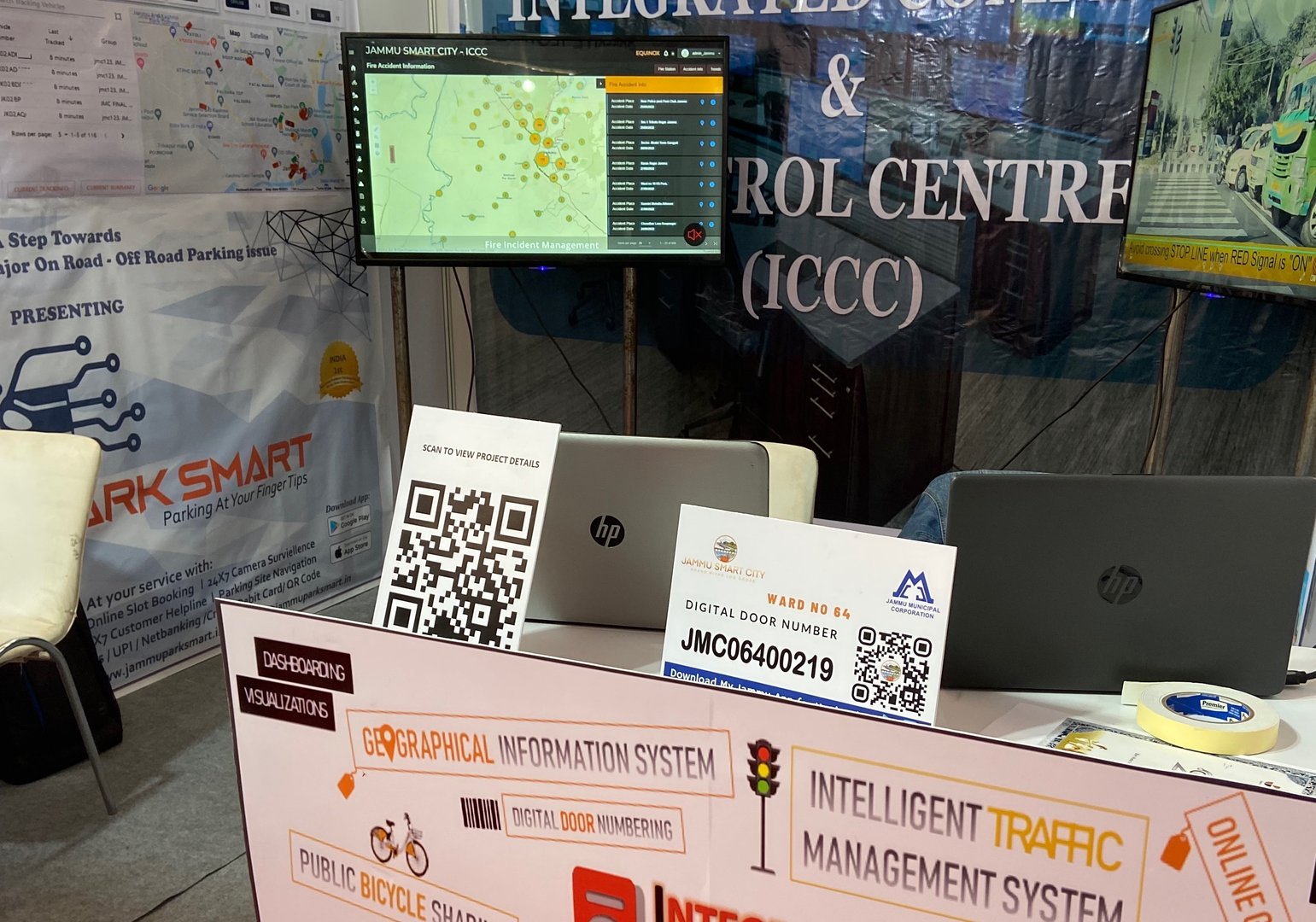 B
Robert Becht 1 months ago

What a beautiful story. And how recognizable. Such event in Kenya would be identical, including the long wait for the Guest of Honour. Must be an heritage left by your common colonizator.

Public organisations in developing countries have a resistance against IT projects that can be simply explained. At the bottom of the organisation employees resist IT projects, as they consider it as a threat and fear they may loose their job. At the top of the pyramid the high level civil servants are not really interested in efficient organisations. The more inefficient the organisation is, the more people you need to carry out its task, and the more unemployed relatives can be stuffed into the organisation.