After almost seven months of staying in, while some days blitz by, some days are quite lax and open up the evening to unusual but important cultural discussions. On one such Friday evening, in a Friday Forum, the main topic at hand was job titles. More specifically, a discussion on choosing job titles that reflect flat hierarchy.

This wasn’t the first time we were visiting this discussion. Pick your job title was something that was proposed earlier but didn’t really pick up back then. I may have just given away the climax of this story, but then, the solution to this discussion isn’t nearly as interesting as the discussion itself. The following is a summary of the two discussions. Let’s begin.

Side note: For context, Friday Forum is a Frappe cultural thing where almost every Friday teammates gather to talk about anything company wide that happened the week or any meta discussions.

It all began as a seemingly innocuous proposal which stated that all titles will be swept clean and there will be only three—founder, consultant, and developer. Before the thought of having to find a new job crossed my mind, I knew that this obviously was a raw proposal and the motive probably is reflecting, rather deflecting hierarchy from job roles at Frappe. Essentially, anything that says VP, manager, senior, or even CEO would have to be changed.

There was some general discussion in the beginning and a premature vote on whether flat titles are acceptable. I say premature since a lot of our employees are freshers or have only a few years of experience. So they may not fully understand the consequences of this decision. Namely, you’ll never be a ‘manager’ or ‘VP’ or ‘CxO’. What?! I definitely was against it and was pretty vocal in the second discussion. But here in the first one where this was put to vote, to my surprise a lot of people did express their objections with some very valid points like confusion among teams, customer-facing role complications, organization, etc. The surprise was of course a reaction to the strong no hierarchy vibes from everyone.

About 25% of people objected to this proposal and by the laws of sociocracy, the proposal cannot move forward unless everyone was okay with it. So the first discussion was parked.

Come the second discussion, the convener of this Friday Forum (chosen at random) tried to rush this with if anyone doesn’t have a problem with the previous proposal let’s move forward. With this emoji in mind “😂”, I pointed out that the main point of contention was whether the job titles should be hierarchical or not. Rushabh acknowledged. I went on to explain briefly what different ranks usually do in a company and why it’s important to have that kind of an organization. I said something along the lines of:

“Companies have CxOs, VPs, and managers to achieve different purposes. CxOs make yearly or longer strategic directions for the company and decide where the general focus should be, VPs figure out how to get things done, set processes, approve budgets, and guide managers and managers take care of daily operations, resource allocation, and achieving deadlines. That leaves us with individual contributors that do the daily tasks.”

It isn’t exactly a job description but gives a decent intro. Then I said that all of this is important for decision making at different levels in the long run and also for career progression. The discussion went on for another half an hour or so where I asked what was the upside to having everything flat.

This is where our CEO talked about some very interesting points like—having a flat organization fosters young talent to take initiative, to express their opinions, to speak up when something is wrong, to not be just another cog in the system, and pave the way for leadership yourself. This is especially true for growing companies and definitely beats promoting machines to leadership.

I still thought having a pseudo hierarchy kind of thing would at least bring more organization. Not to mention that job titles are a matter of pride and have a certain importance in society.

But we are a flat organization

But there is serious apprehension towards the word hierarchy here. So much so that the only thing left to do is to wear a mask when anyone brings it up. (I’m allowed to make these kinds of jokes ok, vaccines are under trials). On a serious note, I heard a lot of people saying that ‘we don’t want hierarchy’ and I couldn’t understand the fear. To be fair, enterprises do have a very mechanical way where people are treated like cogs and cogs are replaced without much thought. But I argued that there is a midway, a pseudo hierarchy if you may.

What’s that? The job titles, teams, and everything will still exist but no autocratic behavior will be allowed, no rude orders will be given, new joinees will be allowed to speak to any VP or CxO or anyone directly and of course, no cabins. From experience, I had seen systems like this work well as a balance between completely flat and completely hierarchical.

Nevertheless, someone brought up that we are a flat organization (without dispute) and this discussion was about whether the job titles would reflect that or not (wears mask).

So, there was another proposal—job function - leader. For example, sales - leader or marketing - leader. The problem with this again was that not everyone was happy with it since there can be more than one ‘leader’ in the same department and isn’t exactly a standard thing.

Pick your own title*

What seemed to be an impasse was solved by a unique proposal from Rushabh—pick your own title. As I said, it wasn’t new to the organization but it was surely new to this situation. There was another round of votes and this time almost everyone agreed to it, at least nobody objected. The asterisk in this section’s title is for the condition that you can pick your own title as long as nobody objects to it.

Why was this a good solution? Well, after eliminating singular titles and hierarchical titles as options where both were met with resistance, picking your own title was something everyone was okay with. This is a good compromise which also brings the option of picking a creative title.

Is flat the right way to scale? I personally don’t think so at all, I’m a believer in organization. Having said that, I can’t discredit the merits of having a flat structure, an environment that fosters young talent over industrial norms. Maybe that’s how all companies should start, flat. As for Frappe, none of us know what the future looks like but thanks to our founder’s beliefs it surely doesn’t look unfair. 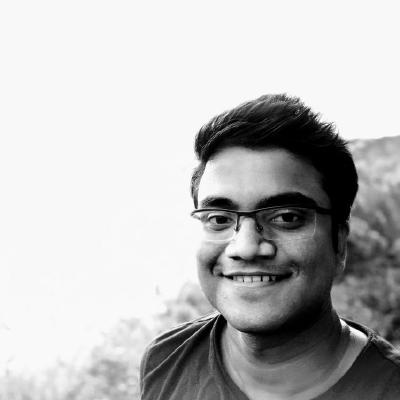 R
pay someone to take my online courses 10 months ago

The structure of an organization has an influence on everything from how the firm functions to how well people interact within. A well-defined organizational structure allows workers to work more effectively by creating the framework for internal operations, establishing a line of command, and increasing workplace transparency.