Human beings seek validation and every tiny bit increases our confidence. That's why we built the Like feature.

As soon as I publish this blog, there would be an urge to keep refreshing to see if someone has read or commented on the post. Human beings seek validation and every tiny bit increases our confidence. Just look at how many of us flock to social networks like Facebook, Twitter and LinkedIn. Here we seek others approval and bestow ours on people we know or we don’t. And, they have made it so easy. All we have to do is press the “Like” button. It is the digital representation of our smile, thumbs up or high five. We seek “Likes” and spend most of our time giving it to others. For many, this quick feedback creates a virtuous cycle of positivity and reinforces their behavior. It’s also where we escape to when we feel the pressures of our work life.
I distinctly recall that week at my previous job, when everyone was working overtime to meet the project’s deadline. Migrating about 250 reports to a new platform in such a short period was not an easy task. All the deliverables was uploaded into a shared version control system that our manager monitored. Having a lot on his plate, the manager focused on our mistakes during the feedback meetings so that we can fix them. However, the conversations lacked any positivity and we were often left with a sour feeling, receiving no appreciation for our efforts. Looking back, what if the system had a Like button? It would have sated our thirst for approval and spread positive vibes in the office.

We all need a “Like” once in a while
Something similar happened while using ERPNext. Often, we would come across a good email in our support email system, and discuss it during lunch or coffee break. However, only a few received any feedback. This deficiency became even more evident when we started “Liking” posts on our forum and the community responded positively and began to actively participate in the discussions. Now, ERPNext had to have the “Like” button.
Adding a “Like” button seemed to be only a matter of converting the existing “Stars” to “Likes”, similar to what Twitter did recently. However, on further thought, it made much more sense to also redesign the existing document timeline. The final design could be summarized as: 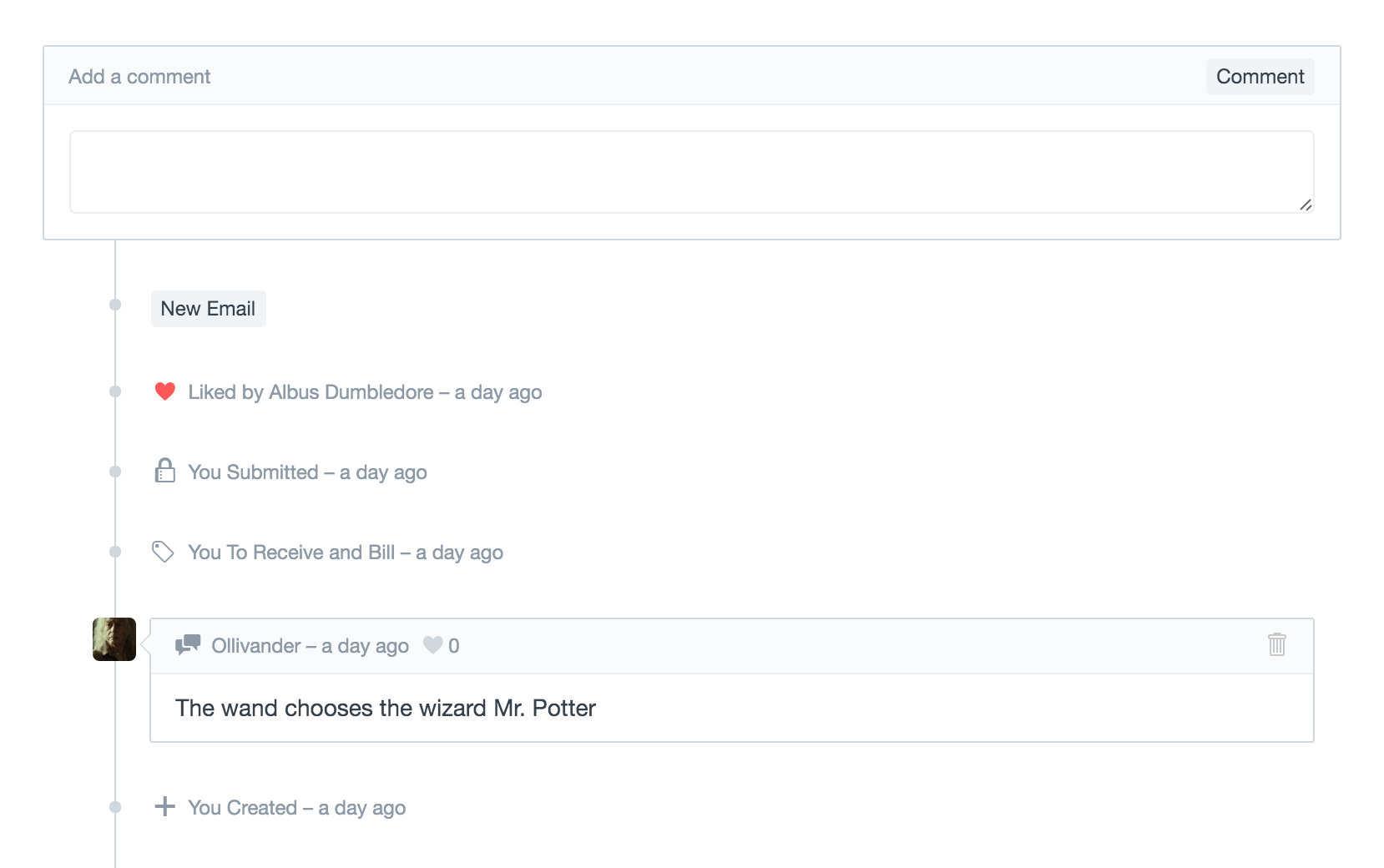 A business thrives on communication, and the “Like” feature is one small step towards helping ERPNext users communicate within and outside. You can try out the “Like” feature today by logging into your ERPNext account. If you don’t have one, you can signup for a free account at erpnext.com.