How I Met Your Error

Prior to the advent of the javascript console, fixing errors was a drag. We had to put up those cryptic

Prior to the advent of the javascript console, fixing errors was a drag. We had to put up those cryptic crash reports in pop-ups; Not so unlike the blue screen of death!

Also, due to the dynamic, all forgiving nature of javascript, there was never any feedback or error message when it crashed. It would just stop working. You had to be in "Fire-fighting" mode, to track what caused the crash.

Thanks to FireBug (an add-on for firefox), it all changed for good. Its console displayed error messages when javascript crashed. Many times, it even pointed us to the exact code that caused the error. Phew!

We also started logging server's error reports in the console. It was a dream come true. We only had to look at one place to trace the error.

WebKit's console (console in chrome/safari) took this game even further. It printed tracebacks of the erroneous script. (A traceback is the sequence of steps that lead to the current error)

Developers love precision. We pray for details, error messages and tracebacks. We look for cause and effect. In a dynamic environment consisting of javascript, python and the internet, such feedback keeps frustration at bay.

To err is human; but we don't want forgiveness. We just want to squash these bugs as fast as possible. And we need your help to do that.

So, when faced with an error, please shoot us with details like the steps you followed, your observations, screenshots and the console's output and we shall defend the honour of ERPNext or die trying.

An error reported in detail, can keep this humble developer from staying late! 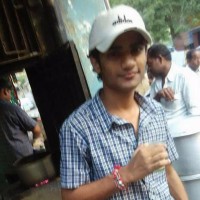