How people fail in jobs (and how to fix it)

Being successful in a company is a two way street, both the person and the company must learn to tango if they have to get it right.

Over the years, Frappe has hired close to 200 people and probably interviewed maybe 2000 people. Our track record for hiring is not that great. I strongly believe that it is not a problem of will. Everyone wants to “succeed” based on whatever definition they have. Everyone wants to be respected, want to find meaning in what they do by exploration, achievement, acceptance, being useful, self discovery, adventure, finding friendship etc. Also every organisation hires on the assumption that the hire will be a great fit for the organisation. They want each and every individual to find meaning and satisfaction in their work and contribute to the growth of the organisation. Even with great intentions on all sides, we often get this wrong. Let us try and figure out why.

Sometimes people start off weak, unable to match the energy of the organisation and unable to comprehend how to work with their colleagues. In the case of Frappe, even though the job profile is discussed in the interview and we have an induction process as well, the work culture is strongly based on individual freedom and initiative. People understand this but are probably unable to get this going on a day-to-day level. This is especially true of people who join remotely. They fail to find the right “connection points” with the rest of the team and the correct “rhythm”. Also people need to find multiple connections in the team and not just one. You get a different perspective from different people. If a team can be visualised as a circuit board, the connections pass on energy and information to each member. Without the right connecting points a person can find themselves isolated and unable to match their pace with the team.

Finding connections is a two way process. Existing team members have to be aware of this and help the new person to find their connections. They have to be empathetic that this person may not have the context and spend time with them to ensure that they are comfortable in the team. The person joining also has to be open to learning from their connections. If the person is closed and non communicative, others quickly lose their interest in helping this person out. Being open and transparent is the best way to build trust in your colleagues. Also the new person must remember that every team has its “rituals” in the way they communicate. Some teams emphasise written over oral communication, other teams connect over regular calls. Following these rituals also breeds trust. Trust is the bedrock of great teams and those who start off poorly often are unable to win the trust of their team members.

Another reason why new members sometimes don’t onboard well is that they get stuck. When confronted with a hard problem, they are unable to find the courage to ask their team members. They tend to keep delaying the matter and this is where the connection breaks. This starts a vicious cycle where they keep feeling very insecure about their contributions and progressively embarrassed to ask for help assuming that people will think that they are stupid. This compounds in remote work, where you don’t know who is available to help you. In the office, maybe you can find a moment when someone is taking a break to interrupt them with a question, but in remote this would be much harder.

Sometimes people start off okay, but then they lose their connections with the team. In such cases, I have observed that these people get stuck in “closed loop” connections. This means that a group of 4-5 people are connected to each other but they have weak connections with the rest of the team. So they are unable to gauge the energy of the rest of the team and tend to drift away. They keep talking to a few colleagues who reinforce their ideas while ignoring what is happening outside. If at least one person in this loop has a strong connection with the overall team, these people will do well, but their view of the organisation still remains very myopic.

Every organisation has team wide events where people can cross connect with others. Since we are remote, at Frappe we have multiple offsites for people to come and find connections with others. But in cases where the person in the closed loop has lower contributions, and their inner group keeps justifying it, then this person does not realise how untenable their position in the company has become based on their contributions.

While connections can bring everyone energy and information, the real energy boost should be the monthly paycheck that gets deposited with everyone. In an ideal case, each person should realise that the paycheck comes from the “organisation” and not an individual and that the paycheck comes with certain expectations of contributions to the organisation. Over the years I have found it hard to believe that so many people ignore this basic fact. Often people who stop contributing start taking their paycheck for granted and think of it as an entitlement. They feel they are doing their “job” without deliberating on their contributions and asking people around them.

Asking for feedback, being open to change and listening is a great way to ensure the alignment is maintained. In most of the cases where people became non-contributors, I have observed that they started ignoring the feedback. Unfortunately the acceptable way of giving feedback is to first offer token praise and then when the person is more receptive, give them critical feedback. Sometimes this does a big disservice to the person who is getting feedback, because they only accept the “praise” part and ignore the critical part.

Another reason why contributing folks tend to fall off is that they don’t keep up with their personal growth. As the organisation grows, the role of each team member also changes (in most cases). Sometimes people are not able to keep up with this change. They become so comfortable with their own “routine” that they forget that the expectations of their teammates have changed. Sometimes the structure of the team changes or the project they are working on gets cancelled (for whatever reason). Such changes are part of working in any organisation, especially a fast growing one. Staying in loop with the overall strategy is a great way to anticipate such changes. 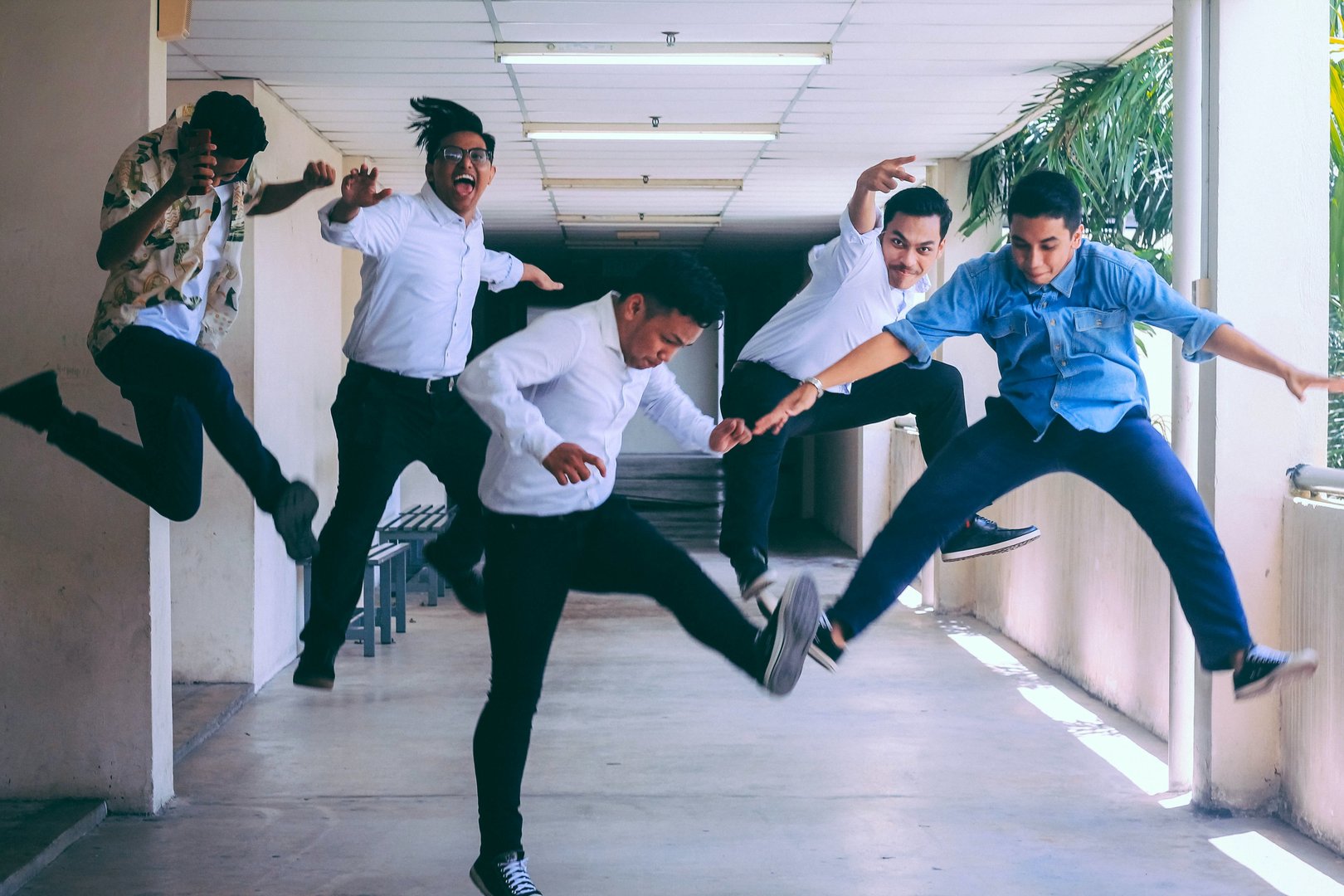 People who succeed do these things very well. They are very aware of the fact that they have to contribute to earn their paycheck. They not only find energy from their connections but find it from the mission of the organisation itself and then transmit this energy to other colleagues. Those who are able to connect to the team’s mission become “leaders”. Those who are not natural leaders, are smart enough to connect to those who energise them and avoid those who suck away their energy. They value the feedback given to them (even if it makes them uncomfortable) and try to work upon it. Either they try to break new ground for the team or support those who are breaking new ground.

While these things seem simple enough, they are extremely hard to implement in practice and over a period of time. Those who build deeper connections are more likely to find success than those who find their connections are superficial or “transactional”. Building deep connections, either with individual colleagues or with the team requires a level of self confidence, trust and openness in the team you are working with and ultimately that is what makes for meaningful work. It is often hard to find people who invest deeply in their work.

The key to building great companies is to find people who are able to contribute consistently with excellence. They are also able to build deep connections which make for stronger bonds. The denser these bonds, the more resilient and powerful the organisation becomes. The transactional nature of capitalism (where people exchange labour for money) means that most people joining companies are not looking for deep connections.

At the time of hire, the person needs to know what is expected of them and take a call on whether they will be able to contribute. It is also important to see if they find the company’s mission exciting. It should be reasonably easy to filter out people who will be unable to match the energy of the team to start with. This can be done by discussing the nature of their expected contributions and if they are comfortable with it and if they have any prior experience of contributing to that level. Hiring the right people is very important if the company has an opinionated culture that is different from the rest of the society. I had read once that the guide to someone’s future is their past. It is highly unlikely that they will perform at a higher level than their past (this often does not work in the case of freshers).

Once people have joined, it is important to help them find the right connections in the team. The leaders must take initiative here to ensure that they spend energy with the new hires and guide them in the initial days. They must also be aware when the new hires are “stuck” and rescue them before they fall into a vicious cycle. They must give candid feedback to the hires so that they can self-correct before their contributions start falling.

Once people start off well, it should be in both the individual and team’s interest to ensure that deeper connections are formed and there is trust and resilience to be able to withstand the changing nature of work. This seems to be a much harder problem that will depend on the density of bonds that exist in the organisation. An organisation needs great leaders who deeply connect with the mission and will transmit energy from the mission to everyone. Without great leaders, it is hard for people to succeed consistently at work.

"If a team can be visualised as a circuit board, the connections pass on energy and information to each member. Without the right connecting points a person can find themselves isolated and unable to match their pace with the team." reads very apt analogy. Article explores both shallow and deep water very well. Like a our body or ocean (ideal case of functioning organization) they welcome new things and throws out which doesn't find connection or deep roots.

It is said, clapping requires two hands. Individual and the existing team members including the founder have to put in efforts to ensure the initial connect and nurture the connection as a rewarding career.

A
Andrei Vorobiev 1 week ago

There is an easy solution to these problems, but it lie not in multiplying rules and training, but in a system of organization that overlaps of some functions between team members and allows employe democracy in the teams and groups of teams. It’s not difficult, when understood. Curiously, it never fails to improve the situation, no matter how charger and complicated. Good luck, Rushabh!

Hi, This is wonderfull article to read. I find this article to be so personal and relevant to my own case. Also it inspires me to provide value addition to my organisation. Thank you!