Omega Natural Polarity (ONP), based in Mumbai, India, makes products like LED Bulbs and offers solutions for renewable energy. They do projects for commercial complexes and factories, where they design and build a solar panel system to help their customers save electricity.

Mr. Prasad Krishna, the founder of ONP, had subscribed for ERPNext six months ago. Users at ONP tried to run few business cycles, but they were unable to map their project-based-operations in ERPNext. So they invited me to conduct a one-day training session.

ONP has an engineer-to-order workflow.  They were making a new Bill of Material for each new order, but it was not helpful as they did not make Production Orders or Material Requests. I suggested using Product Bundle instead and that seemed a much better and simpler choice.

Various steps like site inspection, designs, material planning could be tracked by making a Project linked to the Sales Order. By linking a Cost Center, they could track profitability for that Project.

After we figured out the workflow, I gave hands-on training to the users of ONP. They were asked to create transactions like Sales Order and Project. When observing the user, I found them struggling with a couple of things.

One of the directors of Mr. Sunil Tongay, happens to be one of the pioneers of solar energy in India. He has been active in this domain from the days when the sector was seen as a social cause. After having imparted enough knowledge on ERPs, I latched on the opportunity to learn something about renewable energy.

I asked Sunil, "If using solar energy is so obvious, why aren't all of us doing it?"

He replied, "Because it's not yet viable. If you need a battery to conserve energy, it won't be a profitable deal for you. The savings earned from the conservation of energy will be invested back into the replacement of the battery."

I asked, "Then how come large enterprises are investing millions in the solar panel installation?"

Secondly, in the urban areas, the cost of per unit electricity consumption is very high. This is the big motivator for the energy-intensive units to even invest in solar energy conservation. For them, the payback period on the investment is less.

But things are changing now. Germany and other European countries have set the benchmark by coming up with models (like feed-in-tariff) to encourage solar power consumption. Germany has 35% of their energy requirement being fulfilled from the solar energy, in spite of having low sun irradiation. With the implementation of the "net metering scheme", we could set the ball rolling for India as well."

Also, we should publish case studies of the existing ERPNext customers. It should cover briefly on the client's business, and steps they followed for implementing ERPNext. It will provide a walkway for the new clients like ONP to self-implement ERPNext.

We at Frappe, are experts on ERPNext. This very expertise makes us suffer from problem-blindness. Since we are so familiar with the product, we are not able to realize painful areas where the end user has problems. Regular customer visits can be a cure to this problem.

If you ask me, which new features should be added in ERPNext. I would say a fancy trend analysis and map-based sales report. But it was only when I was at the customer's office, I realized that it is more important for us to improve basic features like payment entry, cheque printing, and quick entry.

Thanks to our learning from the customer visits, we have been able to take ERPNext version 7 to the whole new level. 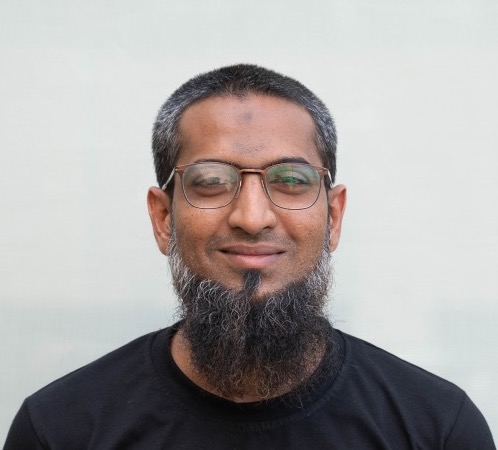 I am glad to read your awesome article, which is having quality of information. Keep up your good work Thanks homekitchenzone.in