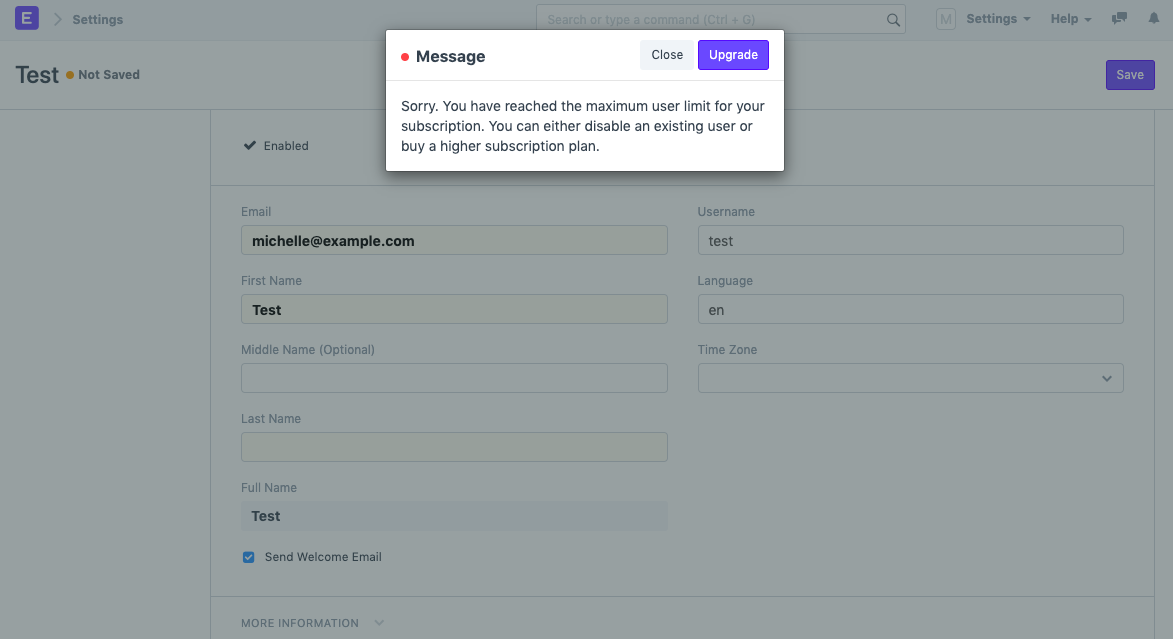 To fix this, you will either have to:

However, sometimes, you may still face this issue even when you have not exhausted the number of System Users as per your subscription plan. For example, you have a limit of 5 System Users and you have only created 3 users. Yet while creating the 4th user, you get the above message. The reason for this can be that for some of the uses, the field of "Simultaneous Sessions" is greater than 1.

To allow the system to let you create more users, you will have to reduce the simultaneous sessions of these users. To do so, go to the User's profile, under Security Settings, set/reduce the "Simultaneous Session" accordingly.

Note: You will still be able to create Website Users as there is no limit for the same.

Was this article helpful?
Thank you for your feedback!
More articles on Setup