Intermediate
When a company has multiple levels of approval for a document, a Workflow can be set.
In ERPNext, you can go to Workflow list --> Create New --> Name the workflow and define :
When a document is passed on for different levels of approval, there are states defined at each level for the role of the user.

For instance: A Sales user is only allowed to create a Quotation and it can be saved in the Draft state.
Further, it can be sent to the Sales Manager for approval and the User with this role can have the permission to either Approve or Reject the Quotation after which it can either be sent to the Draft State if Rejected or final Approved State. 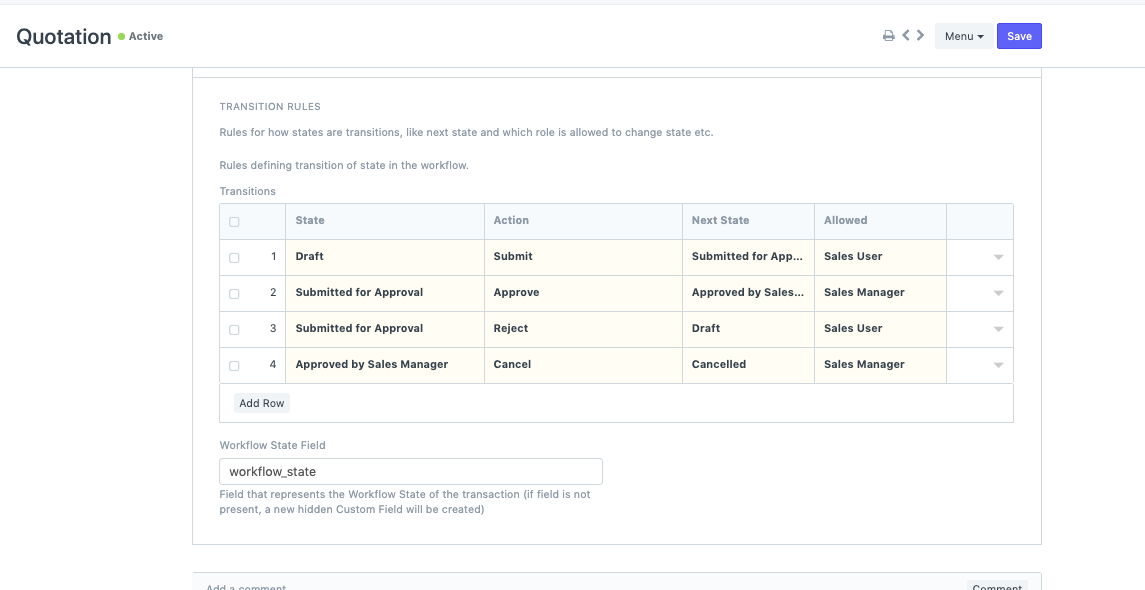 Error Messages:
A document cannot be Cancelled before it is Submitted.
[This is a typical error faced by users who define the state of the Document cancelled before Submitting it. Doc Status 1 defines that the Document will be Submitted at that State, thus the State with Doc status 2 should only be defined in the Transition after the State with Doc status 1. ]
Setup a Simple Workflow to begin with and let us know what you think more on Workflows! We love to see our Users Happy!! ;)

Was this article helpful?
Thank you for your feedback!
More articles on Setup